A polished sandstone pillar from the 3rd century B.C., one of many pillars of Ashoka left by the Mauryan emperor was moved from Pong Ghati Ambala, Punjab (currently in Haryana) to Delhi under orders of Firoz Shah Tughlaq of Delhi Sultanate, and re-erected in its present location in 1356, it sits atop of a three-tiered arcaded pavilion. 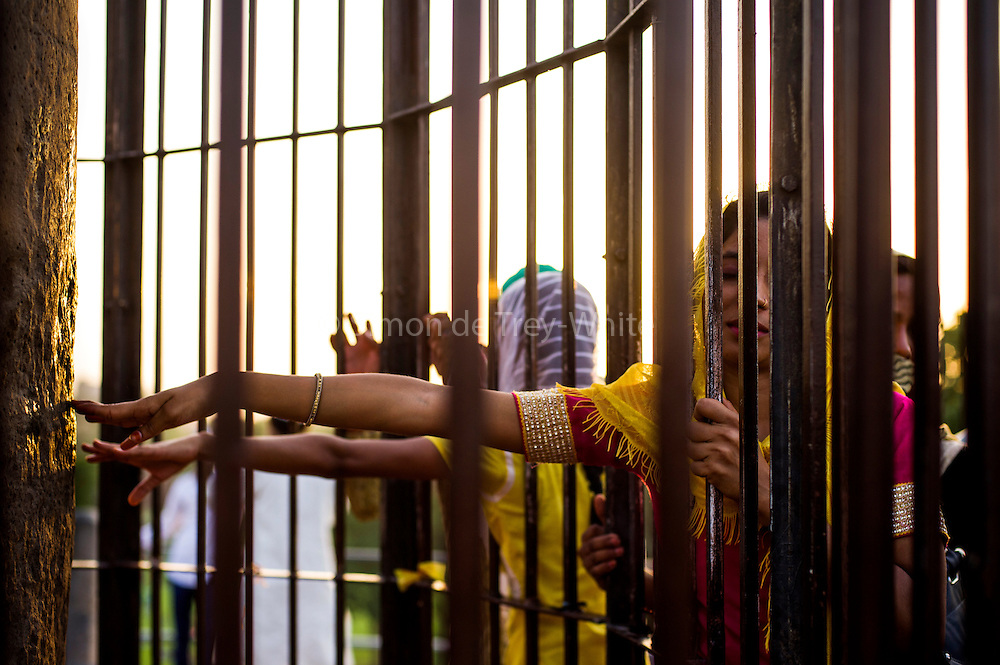