16th August 2014,New Delhi. A boy sleeps on a concrete bench and a dog sleeps underneath it on a railway platform in New Delhi, India on the 16th August 2014 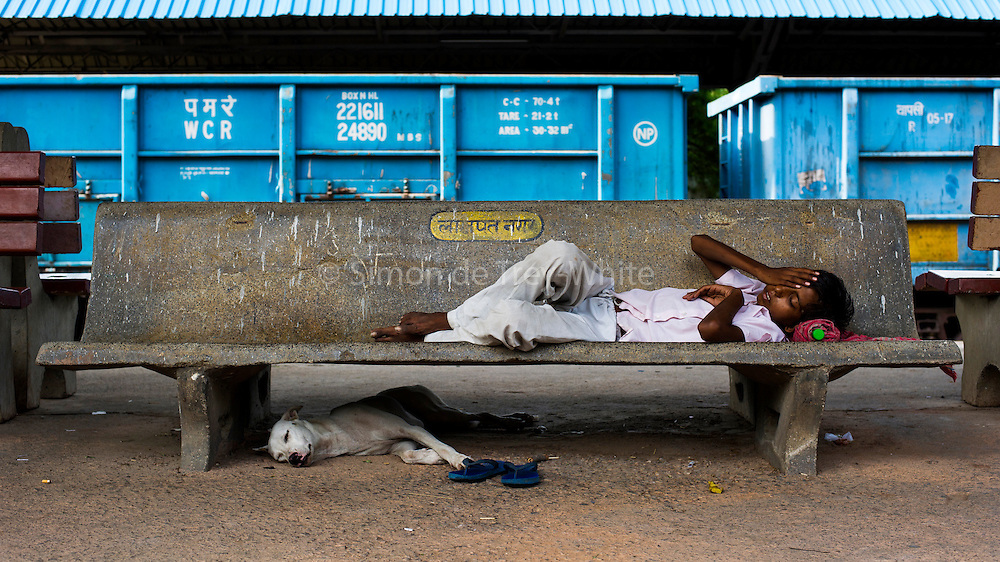