Elephant handlers (Mahouts) eke out a living in makeshift camps on the banks of the Yamuna River in New Delhi. They survive on a small retainer paid by the elephant owners and by giving rides to passers by. The owners keep all the money from hiring the animals out for religious festivals, events and weddings, they also are involved in the illegal trade of captive elephants. The living conditions and treatment of elephants kept in cities in North India is extremely harsh, the handlers use the banned 'ankush' or bullhook to control the animals through daily beatings, the animals have no proper shelters are forced to walk on burning hot tarmac and stand for hours with their feet chained together. 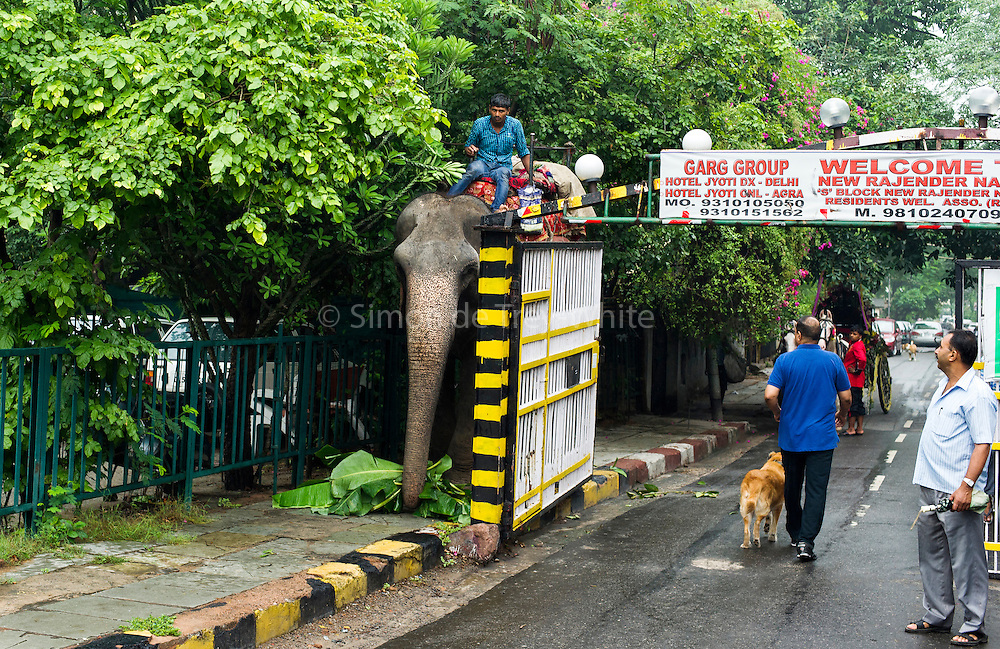