The13th century fortress-city of Firoz Shah Kotla in Delhi is thronged weekly with thousands of supplicants seeking favour from supernatural beings of smokeless fire, - Djinns. These magical entities also known as Jinn, Jann or Genies spring from Islamic mythology as well as pre-Islamic Arabian mythology. They are mentioned frequently in the Quran and other Islamic texts and inhabit an unseen world called Djinnestan. Believers, mostly Muslim but from other faiths too, circumnavigate the ruins clutching dozens of photocopied requests, flower petals, incense, and candles. They visit the numerous niches and alcoves in the catacombs said to be occupied by different djinns and greet and salute the invisible occupants with offerings. A copy of their requests, often with detailed contact information, photographs and even police reports to bolster the case is left with the ‘Baba’ before moving on to the next where the procedure is repeated - like making applications at different departments of a bureaucracy. 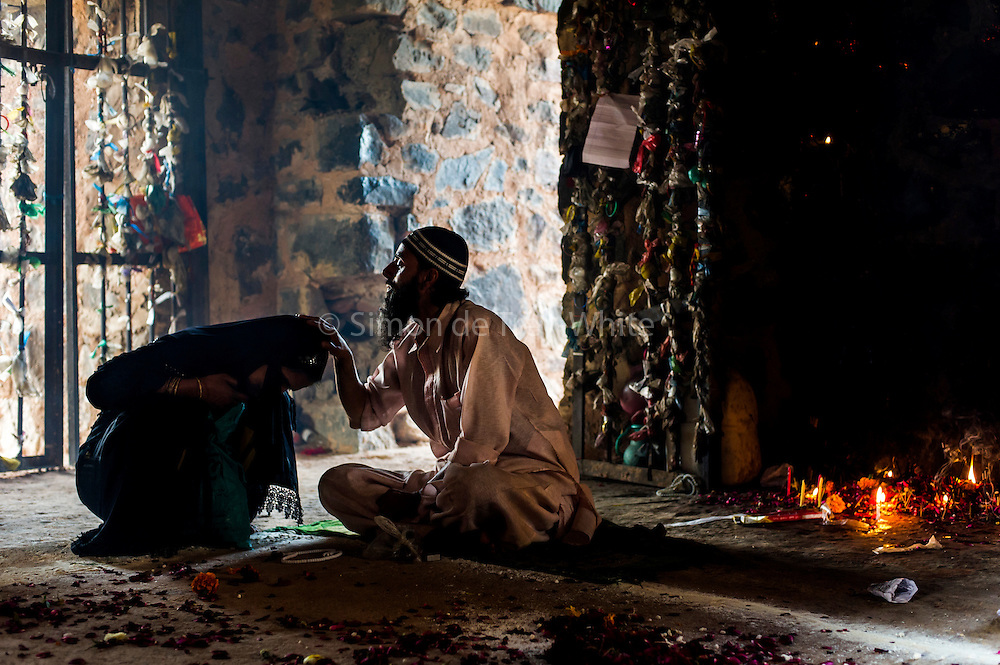