5th May 2014, Yamuna River, New Delhi, India. A mahout lying down on male elephant Gangaram at the handler's camp, with an iron bull-hook to hand, as the animal lies on its side exposing the cracked soles of its feet, New Delhi, India on the 5th May 2014

PHOTOGRAPH BY AND COPYRIGHT OF SIMON DE TREY-WHITE + 91 98103 99809
email: simon@simondetreywhite.com
Photographer in Delhi 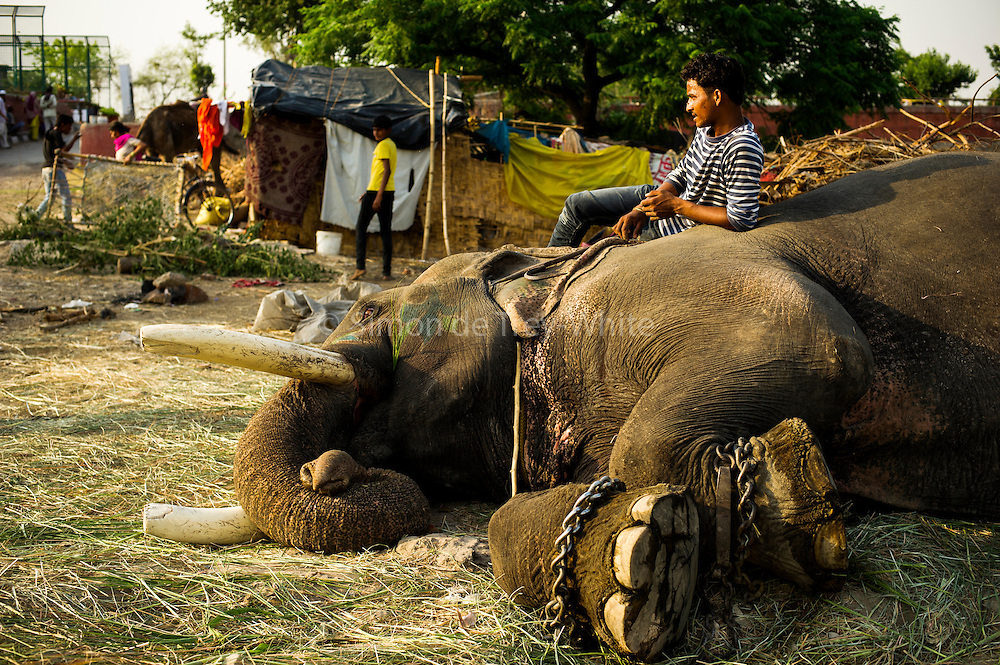