e2016, New Delhi. A man involved in waste collection sleeps sandwiched between polystyrene packing next to his rickshaw in New Delhi, India on the 3rd March 2016. 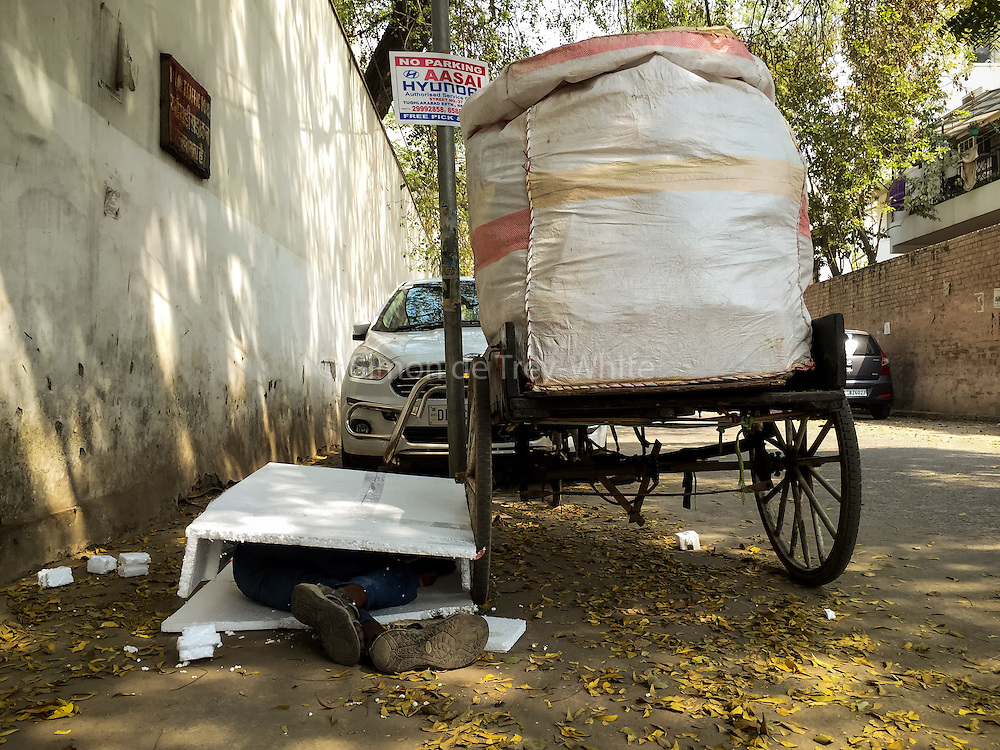