10th August 2011, Jhunjhunu.Women lie recovering from anaesthesia in an open-sided corridor after their sterilisation operation in a 'Sterilisation Camp' set up at, Jhunjhunu Health Centre, Rajasthan, India.

When Jhunjhunu district began to fall behind in its 2011 sterilisation target of 21,000 per year Senior Medical Officer for Jhunjhunu district Dr Sanataram Sharma, borrowing an idea from the district collector, introduced an incentive scheme to encourage sterilisation uptake. The scheme offers the opportunity for participants (overwhelmingly female) to be entered into a raffle to win a flat screen TV or a motorcycle or a Tata Nano car. With India's burgeoning population aggressive family planning initiatives are being promoted but human rights and other NGO's say the approaches are coercive and target the poor and disadvantaged. It also harks back to Sanjay Ghandi's infamous enforced sterilisation policy enacted during India's state of emergency between 1975 and 1977. 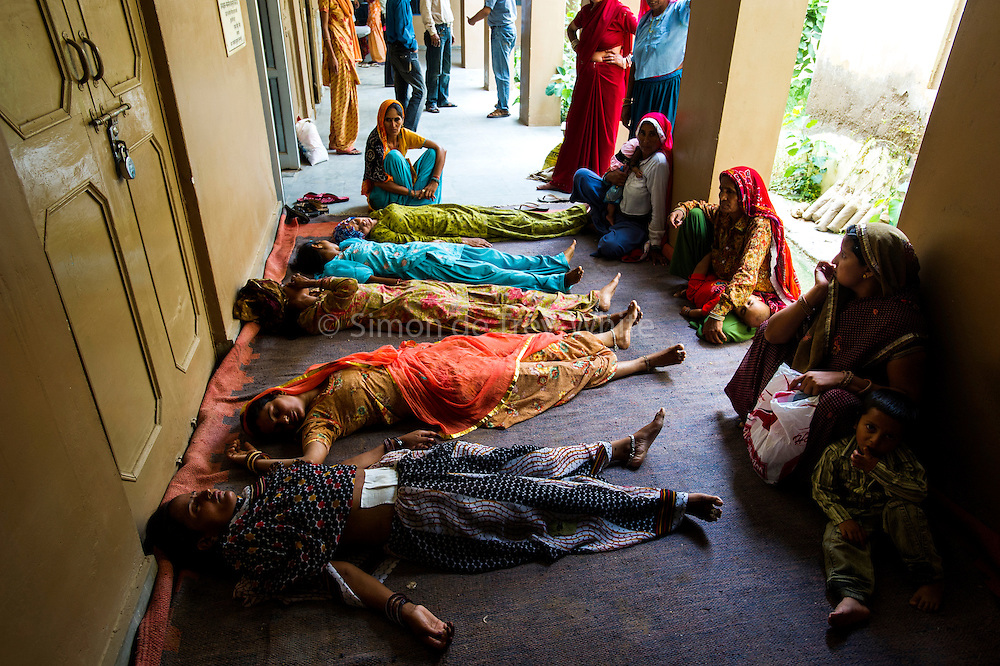