Pushkar Mela , one of Asia's (if not the world’s) largest camel fairs occurs annually during the Hindu month of Kartik (October-November) in the small desert town of Pushkar in Rajasthan, India. Semi-nomadic tribal people with hordes of cattle, camels and horses materialise out of the desert and descend upon the town setting up a vast camp on the outskirts. It runs concurrently with the festival of Kartik Poornima which honours the God Brahma. Its celebrated with particular fervor in Pushkar because it hosts one of the very few Brahma temples in India and culminates with thousands of devout Hindus taking a ritual bath in the sacred Pushkar Lake. Its this melange of pilgrims, musicians, magicians, acrobats, folk dancers, traders, comedians, ‘sadhus’ and tribals that creates a uniquely colourful spectacle transforming the usually sleepy town into an astonishing cultural phenomenon. 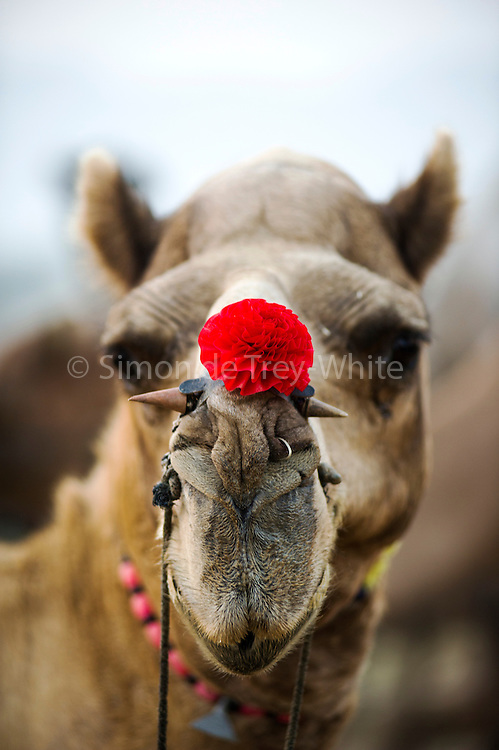