25th June 2013, Kesher Kala, India. Mr Faisal Hasan Quadri, 77, stands in the doorway of the Taj-Mahal inspired mausoleum he has built in the town of Kesher Kala, near Bulandshahr in Uttar Pradesh, India on the 25th June 2013.

Faisal Hasan Quadri, 77, is building a mausoleum which he refers to as 'yaadgaar' meaning 'in memory of', to honour the memory of his late wife Begum Tajmulli, who died on the 23rd September 2011, aged 73. Quadri, a retired postal clerk began work on the tomb resembling a miniature Taj Mahal, 6 months after Begum died, in February 2012. He has so far spent 9 lakhs (approx £10,000) on it which he has largely funded by sellng a parcel of land. There's more to do to complete the structure and he even wants to establish a garden to surround it but his funds are now limited. 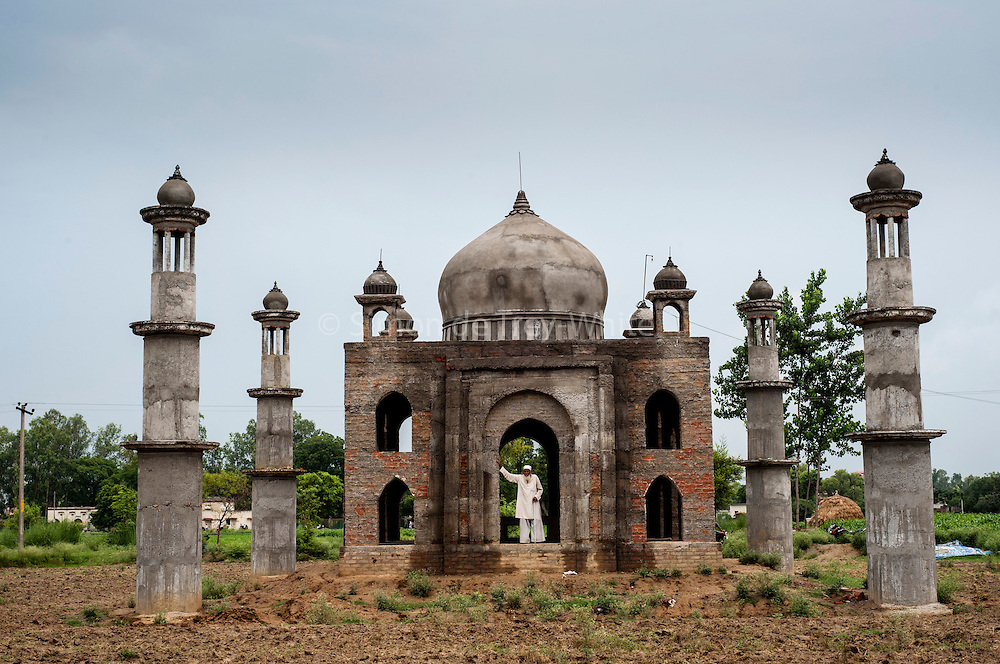