A woman prays during Holi

A woman prays quietly as Hindu's celebrate Holi in the Banke Bihari Temple in Vrindavan, in the Mathura district of Uttar Pradesh, India ,1st March 2010.

Holi, also called the Festival of Colours, is a spring festival celebrated by Hindus, Buddhists, Sikhs, Jains and others. It is primarily observed in India, Nepal, Srilanka, Pakistan, Bangladesh, and countries with a large Indian diaspora populations, such as Suriname, Guyana, South Africa, Trinidad, UK, USA, Mauritius, and Fiji. In West Bengal of India and Bangladesh it is known as Dolyatra (Doul Jatra) or Basanta-Utsav ("spring festival"). The most celebrated Holi is that of the Braj region, in locations connected to the god Krishna: Mathura, Vrindavan, Nandagaon, and Barsana. These places have become tourist destinations during the festive season of Holi, which lasts here to up to sixteen days.
The main day, Holi, also known as Dhulheti, Dhulandi or Dhulendi, is celebrated by people throwing coloored powder and colored water at each other. Bonfires are lit the day before, also known as Holika Dahan (burning of Holika) or Chhoti Holi (little Holi). The bonfires are lit in memory of the miraculous escape that young Prahlad accomplished when Demoness Holika, sister of Hiranyakashipu, carried him into the fire. Holika was burnt but Prahlad, a staunch devotee of god Vishnu, escaped without any injuries due to his unshakable devotion. Holika Dahan is referred to as Kama Dahanam in Andhra Pradesh. 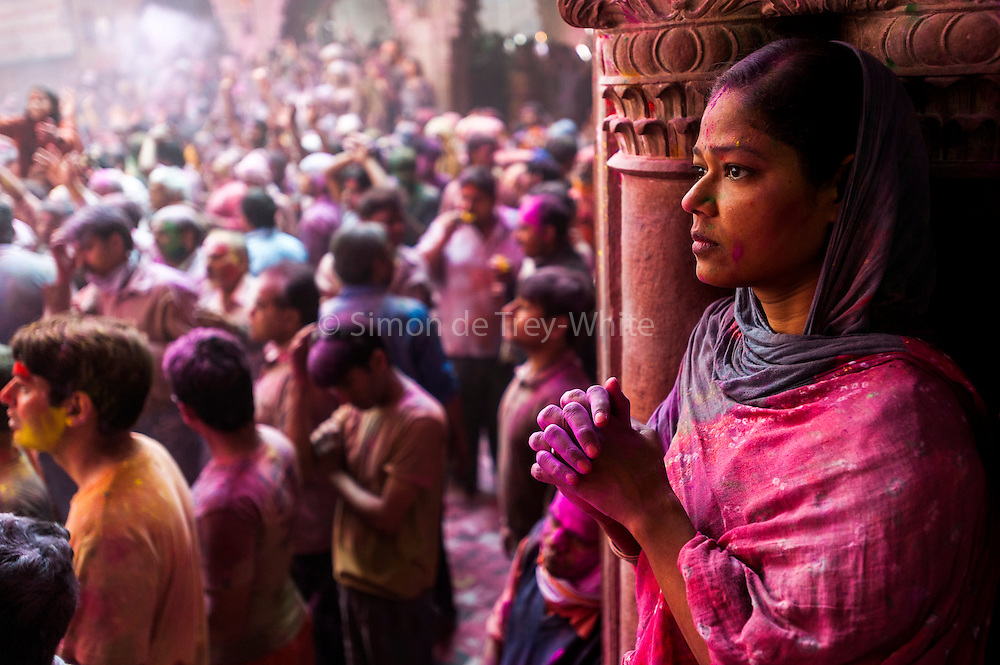