Workers pass in front of Canadian ship on a beach turned into a ship-breaking yard, in Chittagong, Bangladesh, 12th December 2006.

Chittagong’s shipbreaking yards in Bangladesh are the second largest shipbreaking operation in the world after India. At high tide vessels are driven at full speed up onto one of the world's longest and now most polluted beaches. Here, half of the world's supertankers are hacked and torn apart by an army of workers using blowtorches, sledgehammers and plain brute force. The number of accidents and casualties at the yard is believed to be the highest in the region. Workers cut steel plates continuously without eye protection. Many don't wear uniforms, protective gloves or boots. However, Bangladesh is dependent on shipbreaking for its domestic steel requirements and the industry employs, directly or indirectly, an estimated 100,000 Bangladeshis.

In recent years shipbreaking has become an issue of major environmental concern.
Shipbreaking yards in developing nations like Bangladesh have lax or no environmental controls, enabling large quantities of highly toxic materials to escape into the environment causing serious health problems among shipbreakers and the local population. Environmental campaign groups such as Greenpeace have made the issue a high priority for their campaigns.
PHOTOGRAPH BY SIMON DE TREY-WHITE photographer in delhi 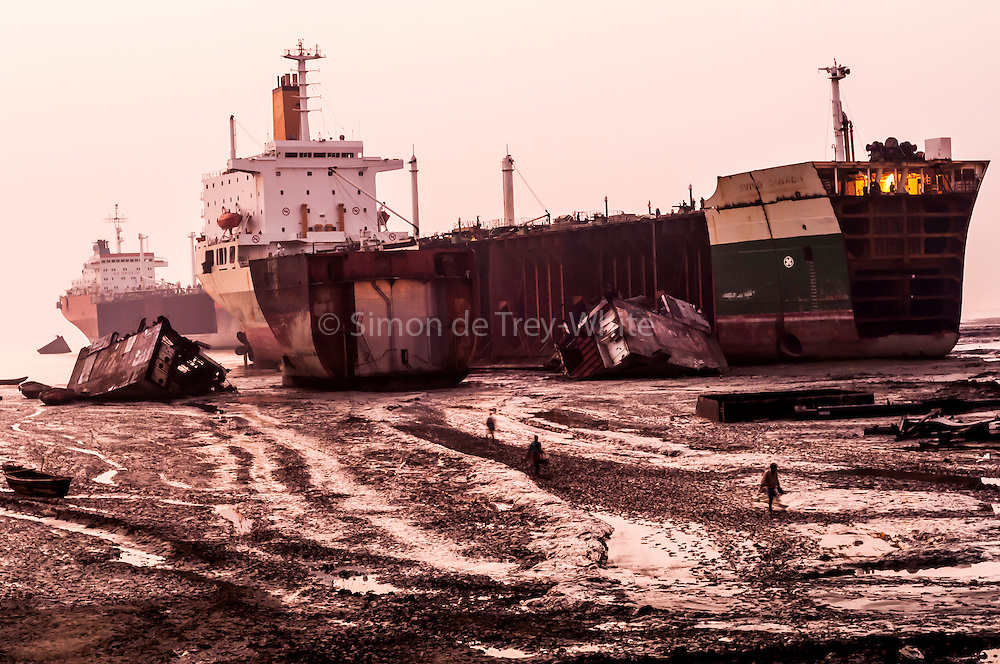