People have been coming to Firoz Shah Kotla to leave written notes and offerings for Djinns in the hopes of getting wishes granted since the late 1970's, as many individual Djinns are thought to occupy the complex believers distribute photocopies throughout.
Feroz Shah Tughlaq (r. 1351–88), the Sultan of Delhi, established the fortified city of Ferozabad in 1354, as the new capital of the Delhi Sultanate, and included in it the site of the present Feroz Shah Kotla. Kotla literally means fortress or citadel. The pillar, also called obelisk or Lat is an Ashoka Column, attributed to Mauryan ruler Ashoka. The 13.1 metres high column, made of polished sandstone and dating from the 3rd Century BC, was brought from Ambala in 14th century AD under orders of Feroz Shah. It was installed on a three-tiered arcaded pavilion near the congregational mosque, inside the Sultanate's fort. In centuries that followed, much of the structure and buildings near it were destroyed as subsequent rulers dismantled them and reused the spolia as building materials. 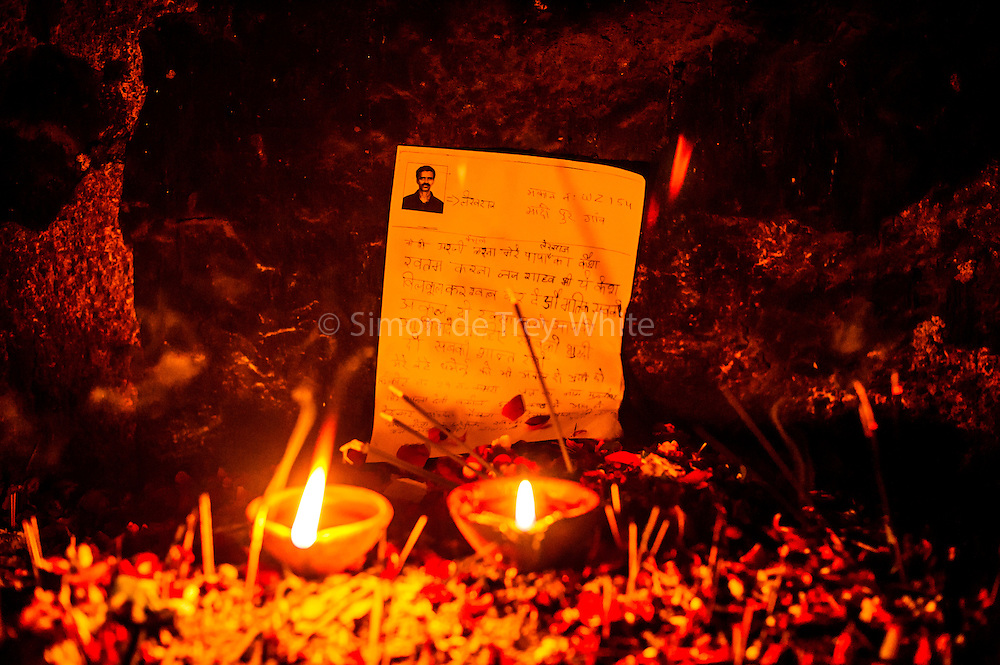